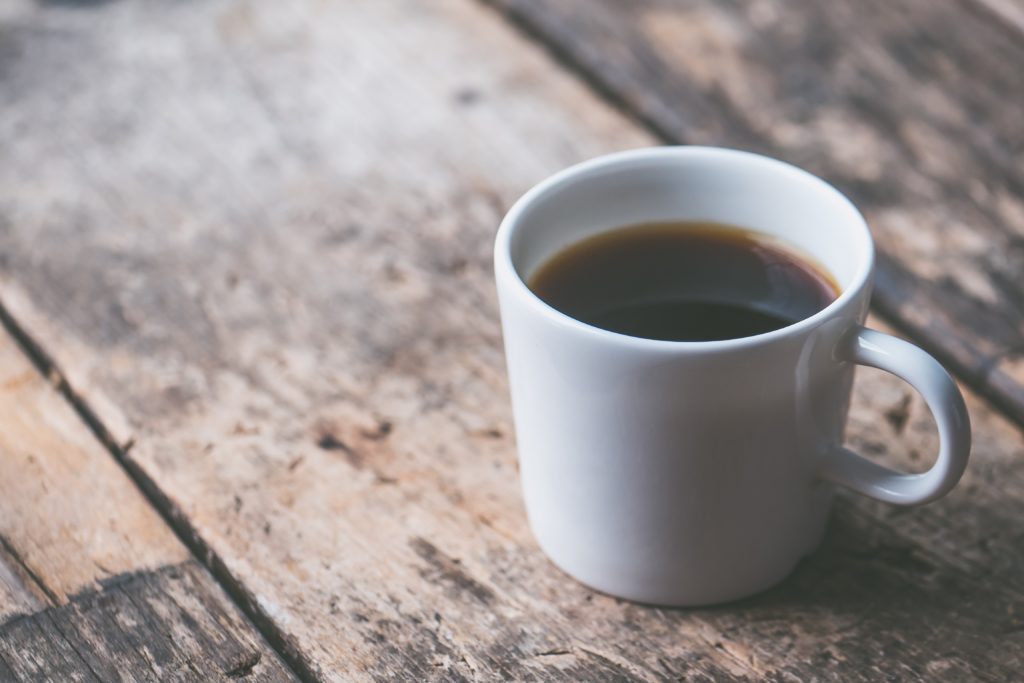 THE TRUTH ABOUT CAFFEINE

Most of us are all too familiar with someone in our family or workplace that can be
described as a hyperactive or high energy person. I am sure members of my family or
coworkers in my office are thinking that this statement is a self-description.
Consequently, based on doctor’s advice, it is best to limit me to one cup of coffee or pay
the price when I become a hyperactive taskmaster. Now, after further research on this
topic, I have concluded that it may be that I may be hyperactive by nature, regardless of
my caffeine intake. While many of you may find the following facts hard to believe, and
the effects of caffeine may vary for everyone, the facts are still the facts.

Approximately 80% of the world's population consumes caffeine on a daily basis. While
research is constantly being done on health benefits and side-effects of caffeine, great
controversy and misconception persists. The purpose of this column will be to discuss the
“current wisdom” and present the truth about caffeine.
Caffeine is completely absorbed within 30 to 45 minutes of ingestion and its effects
linger for about three hours. Eventually it is excreted and there is no accumulation in the
body. Caffeine has been shown to affect mood, stamina, the blood vessels in the brain, as
well as stomach and intestinal activity. However, for most people, when used in
moderation (200 to 300mg or 2-3 cups), caffeine use is perfectly safe and may offer some
health benefits.

Caffeine is a natural substance found in certain leaves, seeds, and fruits of over 60 plants
worldwide. In our culture, the most common sources in our diet are coffee, tea leaves,
cocoa beans, cola, and energy drinks. Caffeine can also be produced synthetically and
added to food, beverages, supplements, and medications. Consumption of 130 to 300 mg
of caffeine per day is considered minimal to moderate. Amounts exceeding 500 mg are
moderate to heavy and more than 1000 mg/day is excessive. The average daily caffeine
consumption among Americans is about 280 mg/day and 20% to 30% consume more
than 600 mg/day.

Caffeine contents in some of the more popular forms are:

THE TRUTH ABOUT CAFFEINE

Caffeine is Not Addictive

Caffeine can be habit-forming, but it is not addictive. The American Journal of Drug and Alcohol Abuse states that caffeine is a mild stimulant but does not have the qualities of addictive stimulants like cocaine and amphetamines. However, sudden abstinence from caffeine can produce mild withdrawal symptoms such as headache, restlessness, and irritability. Therefore, it is recommended to slowly wean off caffeine over a week or two to lessen these symptoms.

The need to eliminate caffeine from your diet is not supported in the literature. In fact, studies show that moderate caffeine use can enhance your mood and improve focus and alertness. The American Dietetic Association suggests limiting caffeine intake to 200mg to 300mg (2- 3 cups of coffee) per day.

Caffeine Does Not Necessarily Cause Dehydration

While caffeine is a diuretic, its effects are very mild. However, like all diuretics, it will cause you to urinate more often and therefore, lose fluids. The more fluids you lose, the greater the chance for dehydration, especially if you are at risk due to health issues. Also, long distance runners and athletes performing in conditions of extreme heat must use caution. Minimal to moderate caffeine intake with generous use of water and sports drinks should suffice.

Caffeine Does Not Contribute to Heart Disease

A study conducted at the University of Madrid of more than 126,000 people found that women who drank 2-3 cups of caffeinated coffee per day had a 25% lower risk of heart disease. Also, a 33-yearlong study of more than 1,000 participants at Johns Hopkins University found that coffee had no significant effect on the risk of hypertension. Moderation seemed to be the key component in these studies. Interestingly, caffeinated colas did increase the risk of hypertension; however, it was believed to be due to the high amounts of sugars and other ingredients in the drink.

However, for many reasons, physicians tell their cardiac patients, especially those with high blood pressure or abnormal heart rhythms, to avoid caffeine. This matter should be discussed in more detail with your physician before using caffeine. Tea, especially black and green, contains a much smaller amount of caffeine than coffee, is often recommended for the health benefits of antioxidants.

Caffeine Does Not Cause Hyperactivity in Children

While studies show that moderate caffeine (40 – 200mg) in children does not make them hyperactive, others demonstrate that a 12 oz can of cola with only 35 mg of caffeine makes them bounce off the walls. It has been concluded that it is the sugar and other ingredients in the soda that makes them hyperactive. In fact, some studies show that small amounts of caffeine can work like Ritalin and improves focus in children with attention disorders.

Caffeine Does Not Cause Bone Loss

Caffeine has been shown to increase calcium excretion when taken in large amounts. Unless a child drinks caffeinated coffee in place of milk, there is no scientific evidence that bone loss will occur. When caffeine is used in moderation, no evidence of bone loss exists.

Caffeine Does Not Cause Fibrocystic Breast Disease

There is no scientific evidence to support the claim that caffeine causes fibrocystic breast disease or breast cancer. Confusion may lie with the fact that caffeine is associated with increased breast pain during monthly hormonal changes. If so, women are well advised to reduce the intake of caffeine during this time.

Paul J. Mackarey PT, DHSc, OCS is a Doctor in Health Sciences specializing in orthopaedic and sports physical therapy. Dr. Mackarey is in private practice and is an associate professor of clinical medicine at GCSOM.